Michael sentenced to 3 years, 2 deferred and taken immediately into custody. 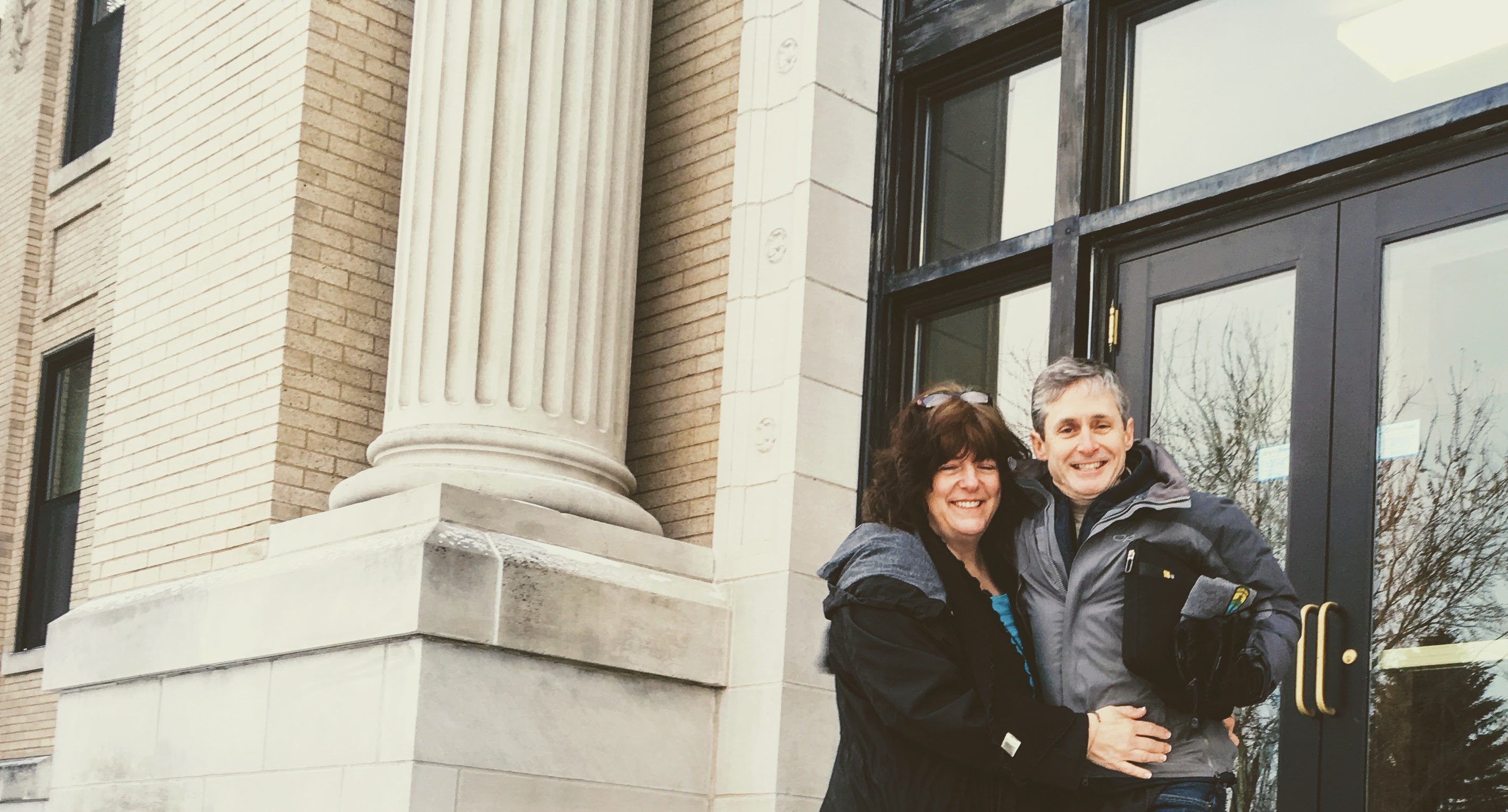 Reacting to the sentence, Foster said, “It doesn’t matter if I’m sitting in jail. What matters is stopping the pollution. If other people don’t take action, mine makes no difference. And if they don’t, the planet comes apart at the seams.The only way what I did matters is if people are stopping the poison.”

At the hearing today, Assistant to the State's Attorney Jonathon Byers pressed the judge for significant penalties to deter future actions, asking the court to "send a message" by sentencing Michael and Sam to five years each, three and four years of those sentences suspended, respectively. The prosecution then bizarrely claimed that the action might have been justified if it would have really made a difference.

Michael's lawyer stated that he initially approached this case in purely legal terms but has come to see the validity of the cause and truly fears for his grandchildren. Michael ended his statement to Judge Fontaine by saying, "My single life isn't worth more than all life to come."

Judge Fontaine acknowledged how unusual the case is and says she spent many hours thinking about the sentence, weighing most heavily the likelihood that Michael would act again. She acknowledged the seriousness of climate change and says that North Dakotan culture *is* about taking care of the land. She went on to say the criteria for the necessity defense was not met, claiming that the action was not effective in preventing harm and that legal alternatives exist to address climate change. The judge suggested a “marketing campaign” to better communicate the dangers of climate change.

This morning in an interview with local press, Michael said resolutely, “I made a decision to commit civil disobedience to defend my family tree and yours, knowing that there is no government, no politician, no corporation, on planet right now, putting forward a plan to defend life as we know it. My kids and yours won’t survive this mess if we don’t clean up all this.”

Donate to the ongoing legal support of Michael Foster and the other Valve Turners.